History of the Insurance Pool for Tax Advisors and Auditors

The establishment and development of today's “VSW – The Insurance Pool for Accountants” is intrinsically tied to the turbulent economic history of Germany, and in particular to the profession of auditors and tax advisors.

Our history is clearly illustrated by economic developments that occurred before we became established.

The spectacular collapse of Frankfurter Allgemeine Versicherungs-AG in 1931 prompted the legislator to introduce mandatory auditing for public limited companies and insurance companies. The members of the newly created auditing profession were in charge of the mandatory audits. As they were liable for possible financial losses, the newly founded “Institute of Public Auditors in Germany, Incorporated Association (IDW)” took out liability insurance with Lloyd’s of London due to a lack of alternatives in Germany.

The takeover of power by the National Socialists in 1933 led to conflicts between the National Socialist Lawyers’ Association (NSRB) and the IDW. The Lawyers’ Association wanted to centralise the professional members in its organisation and concluded a contract with Lloyd’s at the turn of 1933/1934, which was also open to accountants, tax advisors and other accountants. The IDW was no longer allowed to conclude new contracts. At the same time, the dramatic lack of foreign exchange in the German Reich in 1934 demanded a domestic solution. Now German insurers were also available to take out professional liability insurance with auditors: In the “Haftpflicht-Versicherungsgemeinschaft für Wirtschaftstreuhänder” founded in 1935, 18 insurers cooperated with IDW. When this community was dissolved in early 1936, the NSRB rejoined the insurance company. It initiated the “Wirtschaftstreuhänder-Pool in 1936, and all new contracts were now conducted via the NSRB. It also represented the professionals on the Pool Commission.

In 1937, the Reich Ministry of Economics required newly licensed auditors and auditing companies to take out professional liability insurance for the first time.

By ministerial decree of 15/7/1938 the “Insurance office for Public Accountants” was established. The NSRB was no longer involved in the insurance processing, the insurance office served as a “neutral body” between insurers and policyholders and was responsible for all professional liability issues. Its central working committee was composed equally of representatives of the profession and the insurance pool and discussed all key issues. The insurance office took over all business transactions with the insured from the acceptance of the application to claims processing. It opened its office at Nordstern’s headquarters in Berlin-Schöneberg. 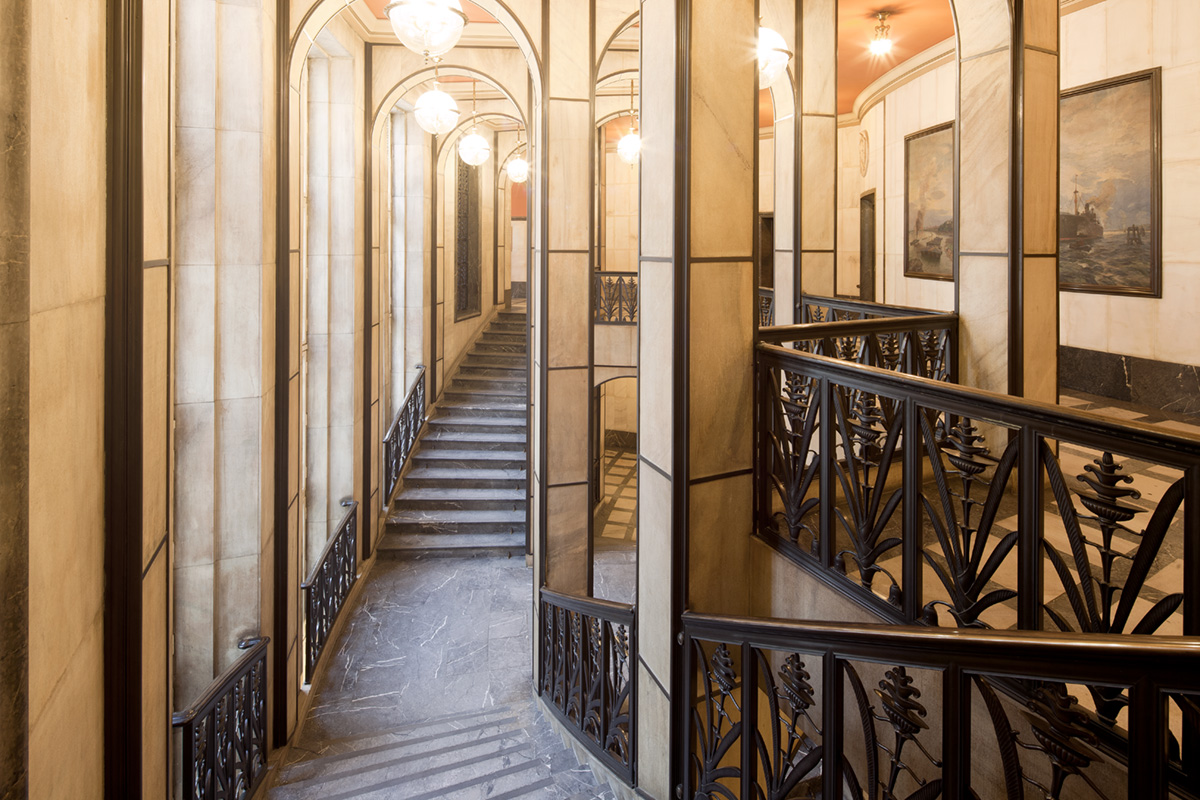 The insurance office had its first headquarters in the Nordsternhaus in Berlin-Schöneberg.

The IDW monitored compliance with the insurance obligation. 11 insurance companies participated in the pool under Nordstern’s leadership.

After the end of the Second World War, the victorious powers took over government and divided Germany into four zones. The Soviet military administration nationalised insurance; many insurers and auditors moved to West Germany – including the Versicherungsstelle.

Dr. Franz Leyers of Nordstern took the initiative to rebuild the Versicherungsstelle. In the autumn of 1949, it established its headquarters in Wiesbaden and the insurer pool that was carrying it was constituted on a new basis. At the same time, the newly established Dr. Franz Leyers KG processed the insurance contracts for the pool and issued policies under the name “Versicherungsstelle für das wirtschaftliche Prüfungs- und Treuhandwesen”. Delegates of the insurer and the auditor formed a working committee, which in the following years was extended by epresentatives of the tax advisors. The character of the Versicherungsstelle as a neutral intermediary created jointly by insurers and insured persons has been retained. 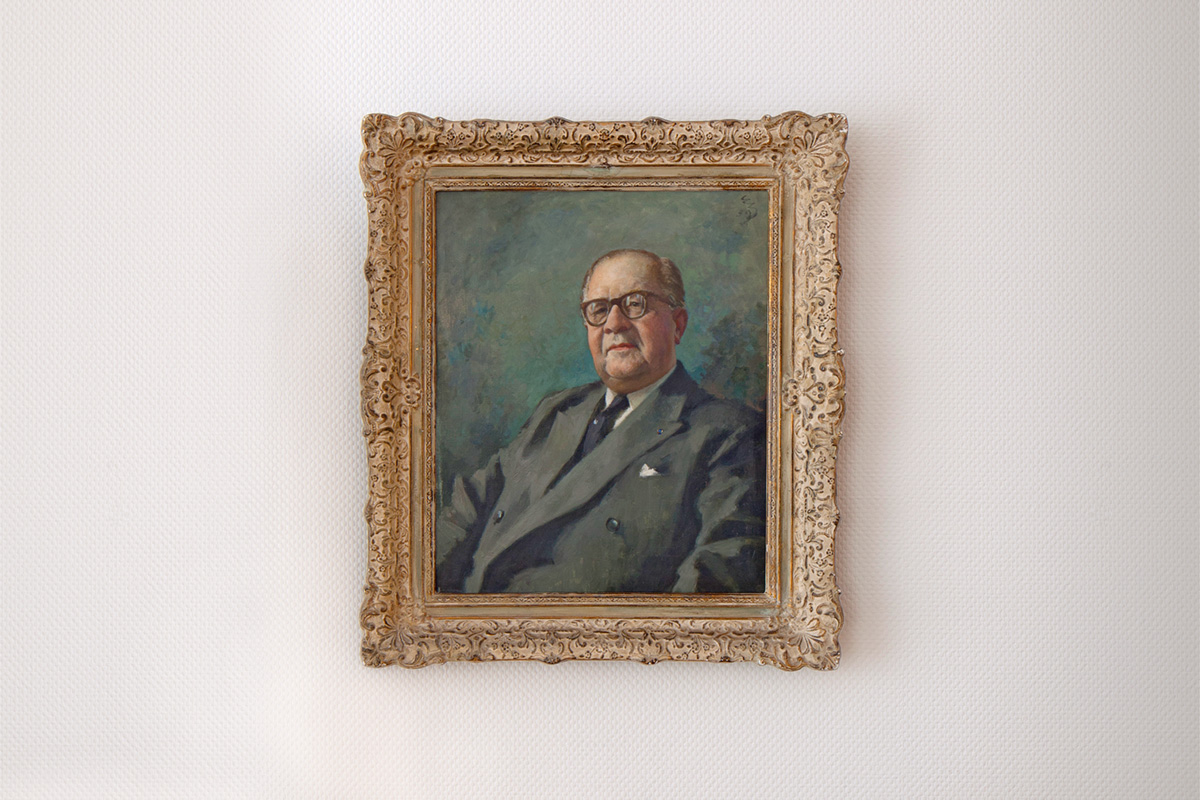 After the Second World War, Dr. Franz Leyers took the initiative to restructure the Versicherungsstelle

When Dr. Franz Leyers retired in 1960, the insurers and the IDW as well as the professional associations of tax advisors reaffirmed their cooperation. The insurers wanted to continue to operate the financial loss liability insurance for members of the auditing and fiduciary professions together with the professional representatives.

The Versicherungsstelle caught between economic miracle and new professional laws

The 1960s were marked by the economic miracle and changes in the statutory requirements of the mandatory professional liability insurance for accountants and tax advisors.

The Versicherungsstelle in times of changing markets

In the 1980s, the insurers participating in the Pool and the Federal Chambers, which at the end of the 1960s had entered into the Agreement with the insurers instead of the professional associations representing their members, put their cooperation on a new footing. Even after this agreement, the regular exchange of information between the Versicherungsstelle and representatives of the insurers and members of the profession was continued in the Insurance Committee and continues to be so to this day.

The Versicherungsstelle in the new millennium

The new millennium has brought about many changes for the Versicherungsstelle. The insurers decided on a rate restructuring based on the calculation of independent actuaries in order to guarantee solid protection against financial losses in the future in the interest of the insured and their clients. The rate restructuring was followed by a new discount scheme and further structural changes. In addition, there was a change of position with the “leader”. In 2003 Allianz assumed the leadership of the insurancepool. 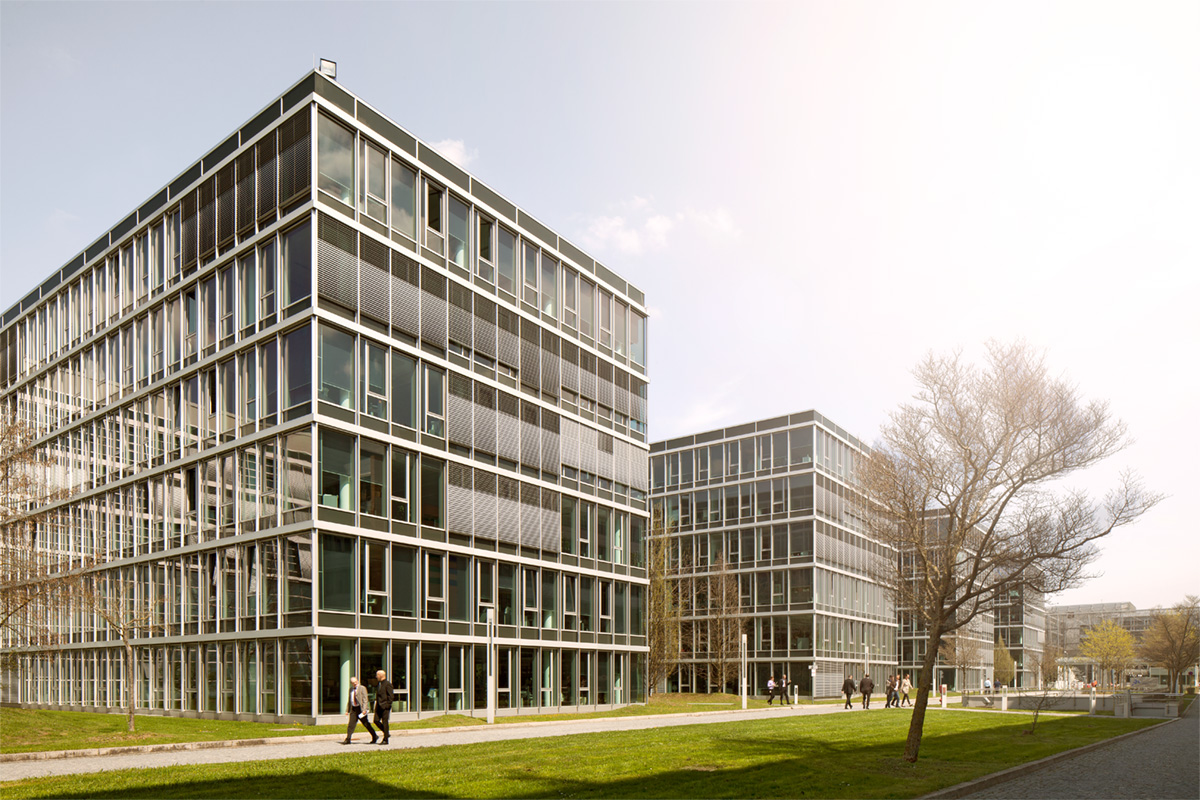 Allianz Versicherungs-AG has been leading the insurance pool since 2003.

Since 2018, the insurance pool has been using the name “VSW – The Insurance Pool for Accountants ” and the acronym “VSW”. 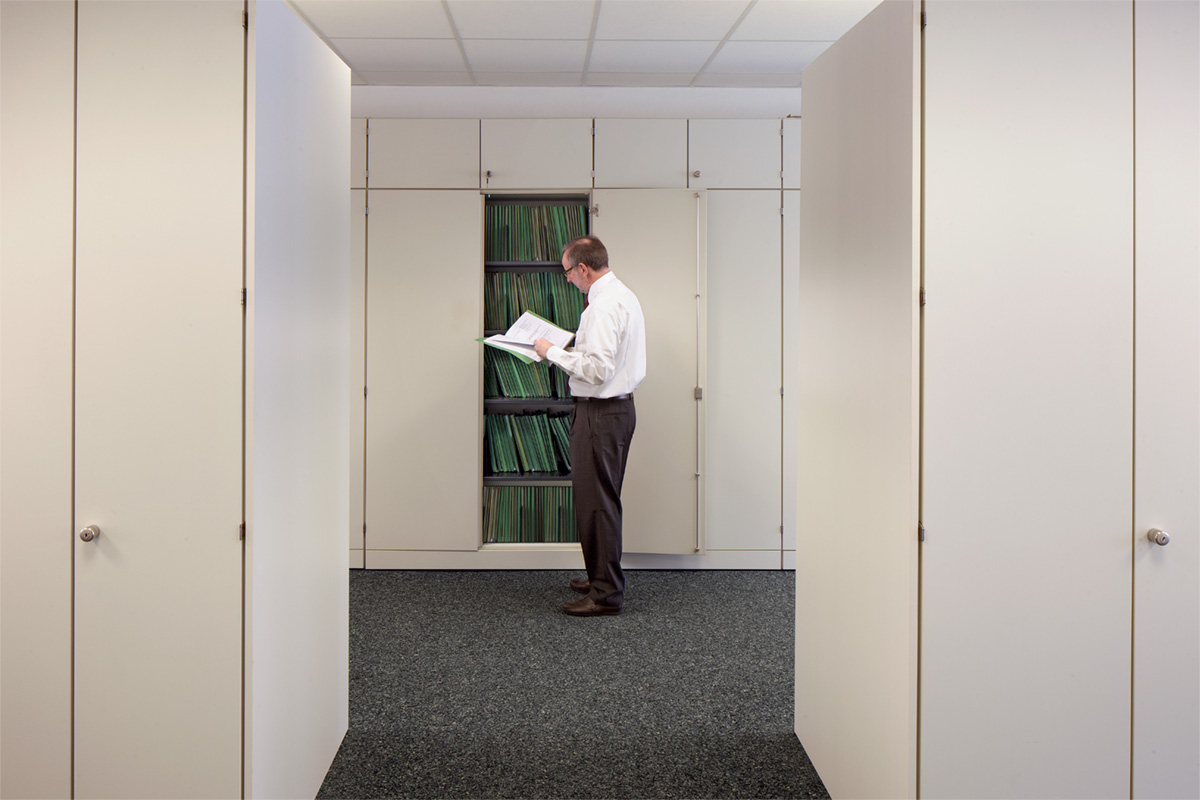 The VSW archive: expertise through decades of specialization

The specialisation, structure and cooperative partnership of VSW with the profession can be explained by our history. These features, together with the financial clout of the insurers involved, will enable VSW to continue in the future to offer individual insurance solutions, competent advice and appropriately qualified claims processing.